Aware of the rising electricity demands in Argentina and the government’s efforts to meet this demand by commissioning large projects—both in the generation and transmission sectors—Delmo Group was quick to identify the opportunity for a commercial scale Underground Coal Gasification (UCG) project in the region.

Claromeco Energy, a subsidiary established to run the project, has acquired the coal exploration rights to over 600,000 hectares of land in the Claromeco Coal Basin. This prime location is close to the major hub of Buenos Aires, its growing population and provincial industrial output.

The project involves using clean technologies to exploit the underground coal reserves without damaging the environment. To carry this out, Delmo is working closely with technology partner Carbon Energy, utilising their proprietary keyseam® technology.

The UCG process converts deep, stranded, or otherwise uneconomical coal into a high-value gas, known as syngas, while it is still in-situ underground. UCG differs from the conventional exploitation of coal in that it does not involve removing the coal from the ground, but removing only the combustible gas.

The syngas gas will then be turned into electric power by a thermoelectric power plant built at the site. Claromeco Energy plans to construct an initial 300MW power plant and connect that directly to the local and national electricity grid, with expansion to 1,000MW planned for the future.

Claromeco Energy is currently in negotiations with the Argentine government to secure an electricity off-take agreement from the governmental administrators of the wholesale electricity market. 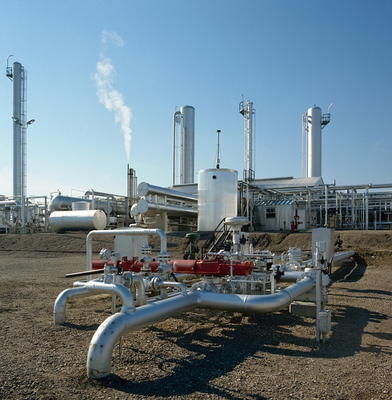